Home adventure Hiking a lesser-known, crowd-free section of the Great Wall of China
Share
Facebook
Twitter
Pinterest
WhatsApp
Linkedin
ReddIt
Email
Print
Tumblr
Telegram
Mix
VK
LINE
Viber
When it comes to the Great Wall of China, what comes to your mind? Tall, formidable walls perched atop the spine of the mountain ranges with hundreds or thousands of people and crowds everywhere? Nicely paved walkways and symmetrical steps or stairs stretching miles and miles as far as the eyes could see? 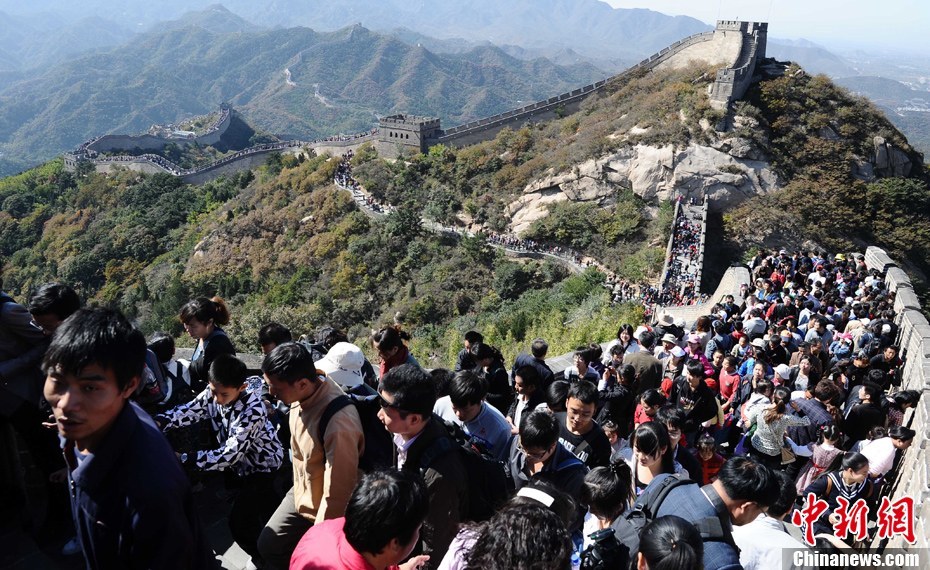 My Great Wall experience, however, was unlike what most tourists had experienced. I was very fortunate to have the opportunity to explore and hike on an unrestored section of the Great Wall via Gubeikou through Beijing Hikers.
http://www.beijinghikers.com/hike-in-beijing/view/284/gubeikou-great-wall-loop-2/

We kick started the trip with an approximately two-hour drive from Beijing to the Gubeikou village. The hike started off with a steep incline up to a dirt trail to reach the wall. After about a 20-minute of uphill climbing and scrambling, we made it to the “wall”, we were instantaneously rewarded by the gorgeous view of the nearby village, the surrounding greenery, rolling mountains and the jagged peaks rising dramatically from the lowlands. However, one has to watch out for loose rocks and uneven dirt paths. 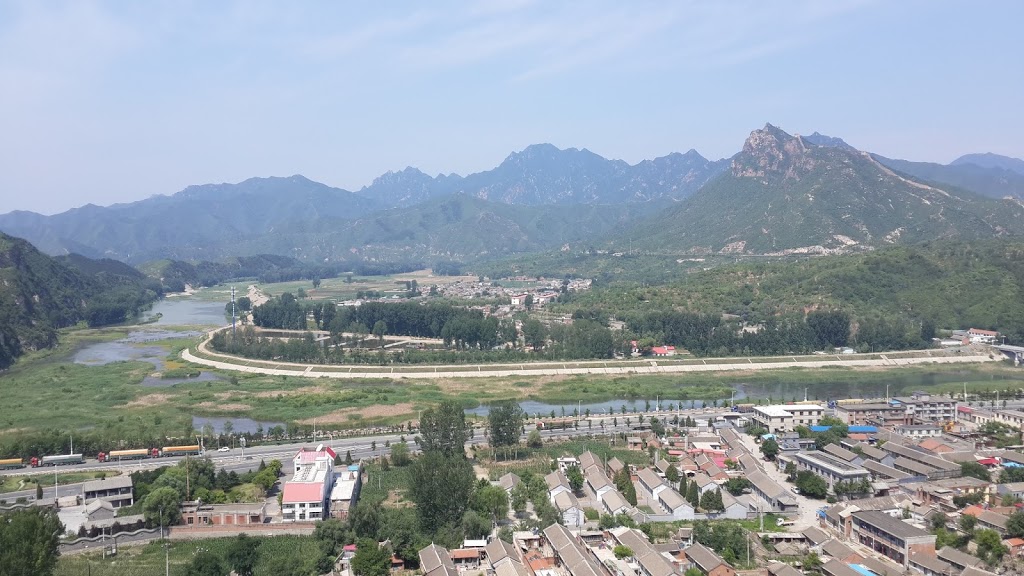 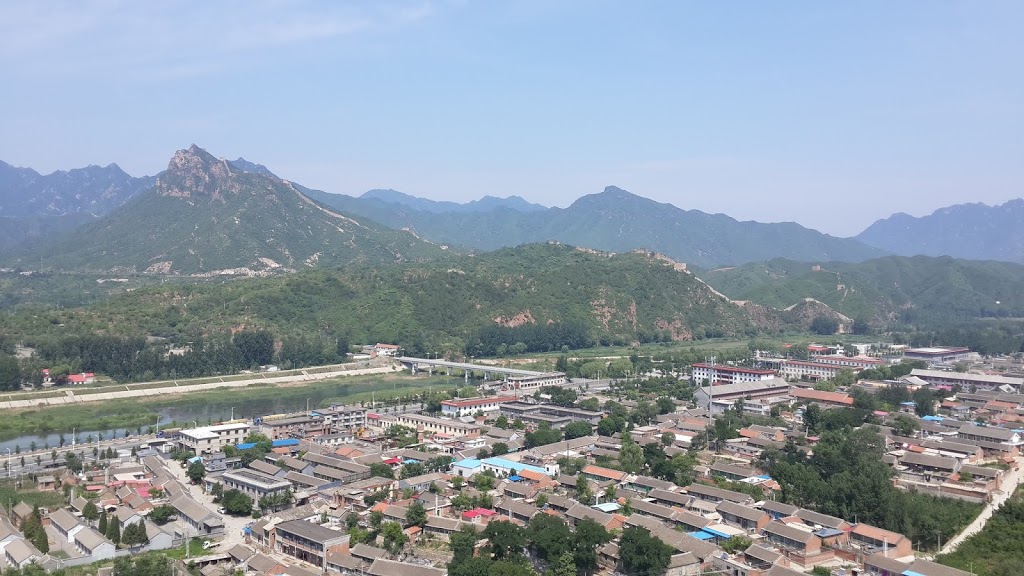 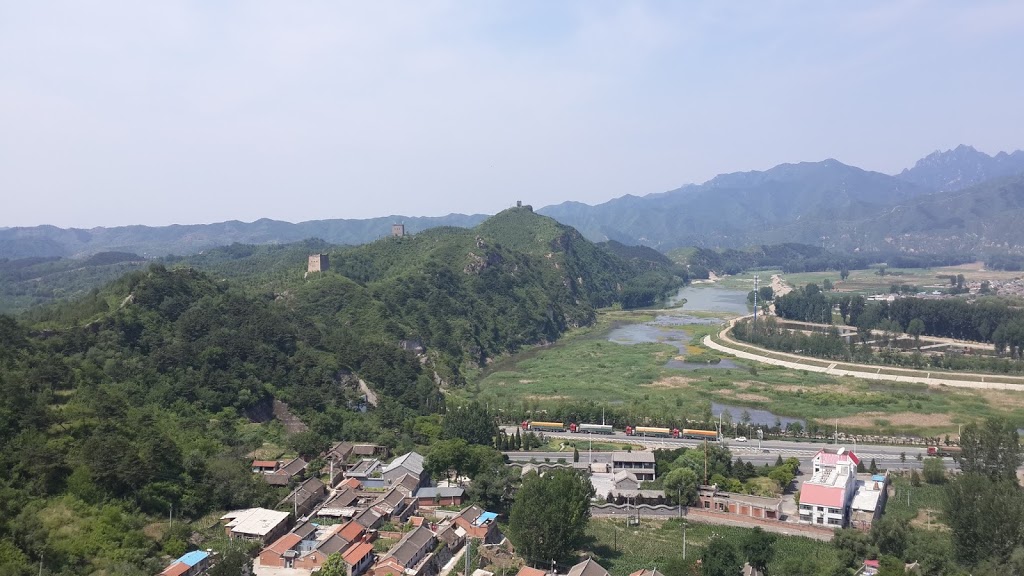 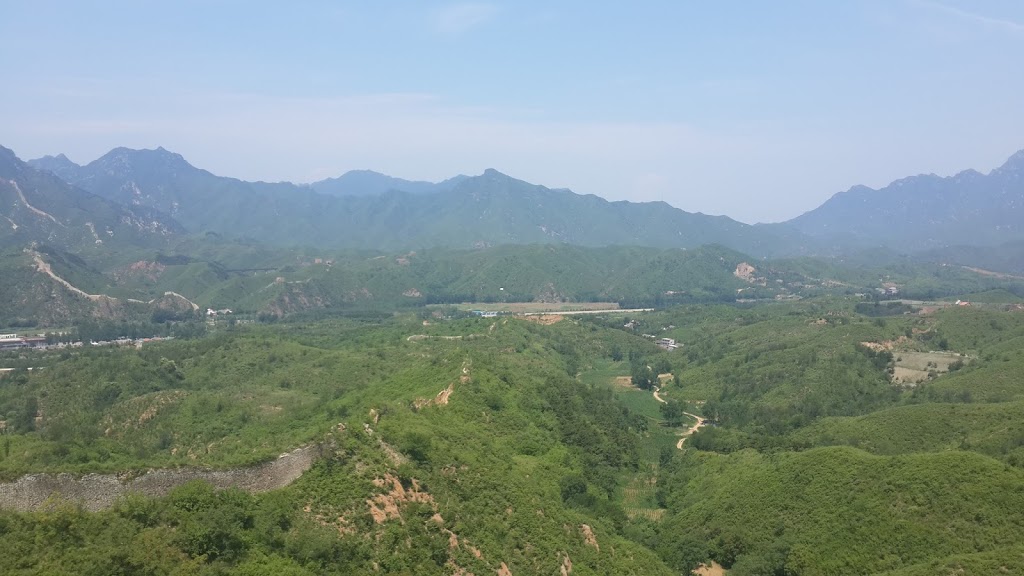 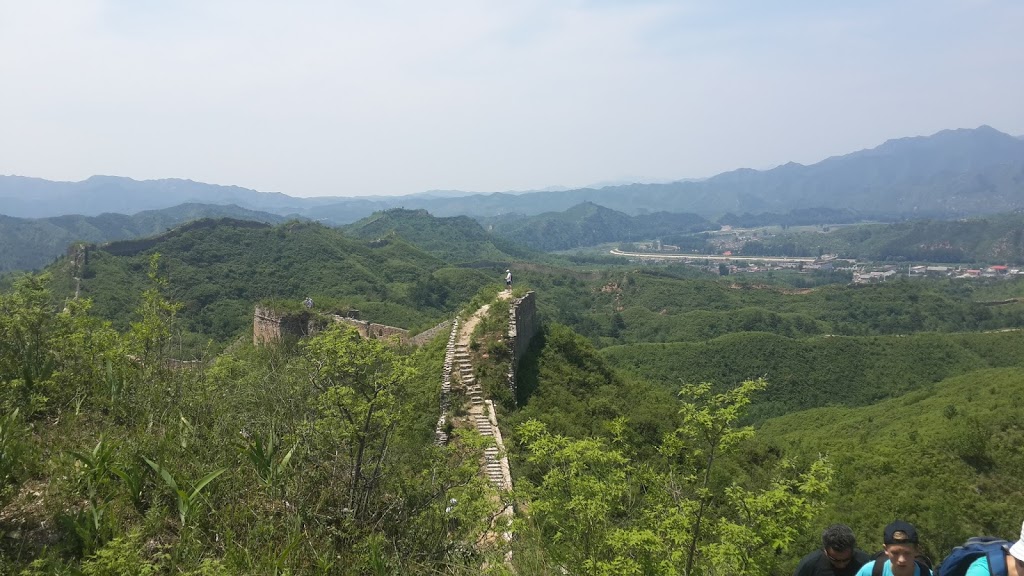 Once we reached the “wall”, the dirt path eventually evened out and it was much easier on the knees. A word of caution though is that most parts of the walls have fallen apart and were in a dilapidated state, bricks piled up in rubble as we walked past one of the many watchtowers that dotted throughout the Great Wall.

As we trekked along the wall, we passed through some unrestored sections where the trail is not barricaded and is no wider than the distance of a few footsteps, one wrong move could send one tumbling down the steep cliff face few hundred feet below the wall. 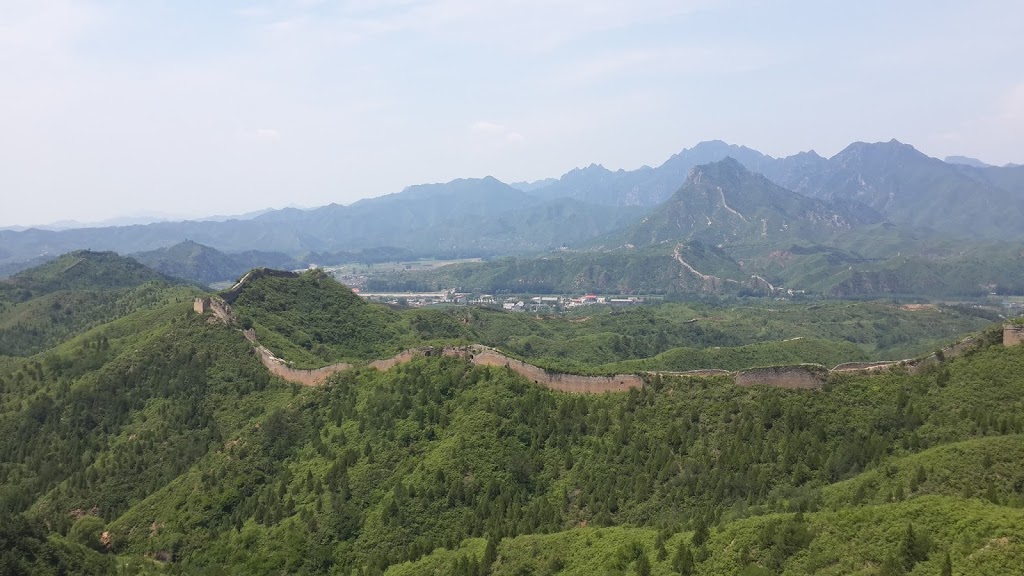 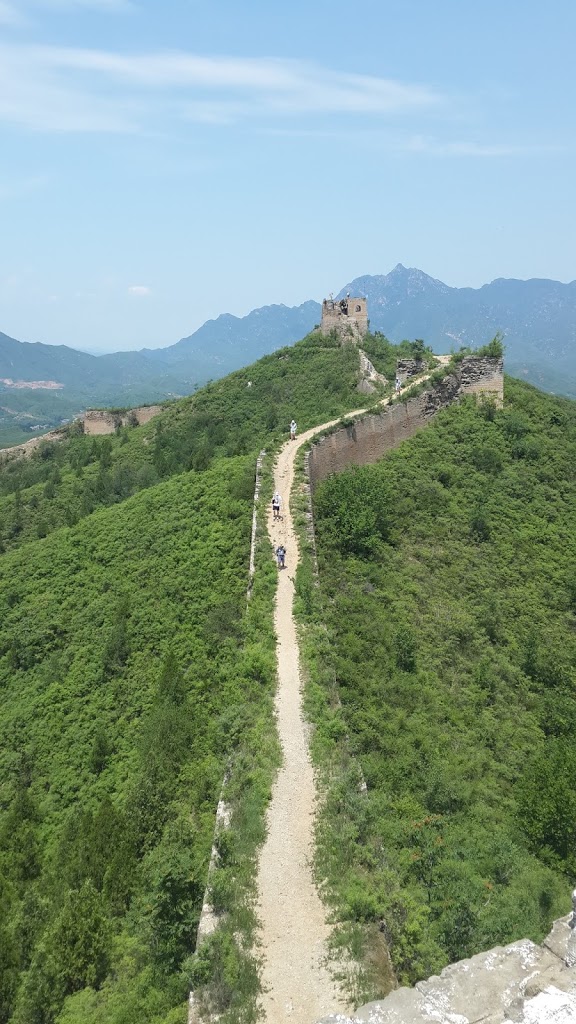 As the walls were built along the ridges, trekking along these walls provided us with an unobstructed view of the lush greenery that surrounds us. I could not help but to admire at the magnitude of the grandeur as well as the amount of hard work and the engineering it required to build the entire Great Wall, the terrains were tough and the weather were harsh most of the year.

Standing on one of the lookout points in one of the watchtowers, I was rewarded by one of the most beautiful panoramas, broad views in every direction, the pine forests below, the houses which looked like matchboxes from the top of the wall. I could imagine any enemies trying to snoop into the vicinity of the Great Wall would have been spotted from miles away and shot at from the watchtowers before the enemy was able to even set foot on the Wall. 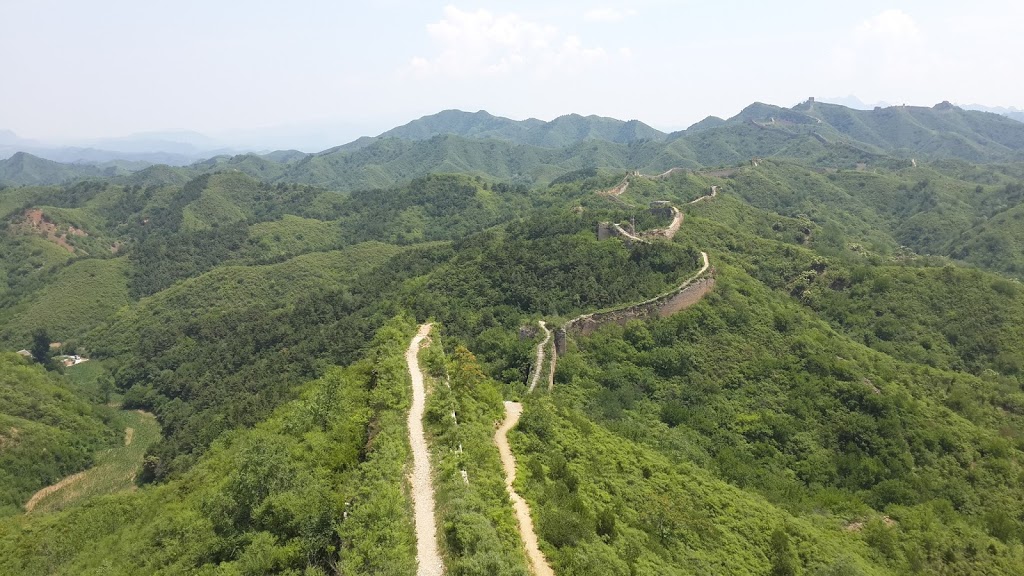 After two and a half hours into trekking the Wall, we stopped at one of the watchtowers for a break but not for long as dark storm clouds started to pick up speed and were looming ahead of us. It would be very dangerous for anyone to stay on the Wall even inside the watchtowers during a thunderstorm as that would be the first thing the lightning would strike from above!

We quickly made our way back to the detour route – which is an unpaved, extremely muddy downhill path. After about half an hour of trekking down the muddy path, we arrived at a nearby village where we were served lunch and some refreshments at a restaurant.

Last thoughts:
I was the only Asian of the group and I think I did pretty OK climbing up the steep inclines and trekking on the Wall itself but I was the slowest going down those muddy slopes. But anyway I made it through to the end of the Great Wall hike and I was very proud of myself as I’m NOT fit at all and did not exercise regularly xD So if I could do it, so can you! I highly recommend taking these kinds of hiking tours which offer a refreshing change of scenery from the usual touristy places.