Gunung Berembun, Jelebu in Negeri Sembilan, is a hiking hot spot for many avid hikers and trail runners in Malaysia. Known for its pristine jungle, it remains a challenge to hike up Gunung Berembun and the WWII crash site, Telapak Buruk. But do you know there are numerous ghost stories and paranormal activities associated to Gunung Berembun and its surrounding areas?

Whether you believe in ghosts and spirits or simply dismiss their existence, Malaysia is a nation steeped in superstitions and cultural beliefs in spirits and the afterlife, throw in some of the modern-day it-happened-to-me personal recounts, these could make a believer out of most skeptics.

Below are some of the personal stories collected from friends and reproduction of stories I found on the Internet.

It was pouring cats and dogs. Dark clouds and overcast skies loom above the thick canopy, there was barely any daylight reaching the forest floor.

Ali* was trekking alone from the Telapak Buruk crash site towards the Telekom (TM) tower. Usually, Ali is a fast hiker but on that particular day he fell behind the rest of the pack due to the heavy rain. His glasses fogged up and he could not see beyond a few feet. Being careful with where he is going, he slowed down his pace.

Suddenly he felt a slight tap on his shoulder. At first, he brushed it off, thinking it was the tree branches pricking his shoulder. Then the tapping happened a few more times.

“The tree branches can’t be scratching my shoulder so many times….”

Then there was a tap on his right shoulder, again. It felt like “someone” has been tapping on his shoulder.

His heart skipped a beat and muttered a silent WTF under his breath. He slowly turned around to look over his shoulder.

He was all alone on the trail…

The rain had finally stopped. The sky is getting dark and it’s close to 6 pm. The three of them: Adam*, Ben* and Christina* had to get out of the jungle, fast. They hurriedly navigated through the thick jungles and scrambled up and down steep slopes, and traversed through mud slides and puddles.

The mist enveloped the jungle and gave off an eerie atmosphere. Everything was incredibly still and silent. Not the slightest sound of birds chirping or crickets singing. Except for one tiny leaf. There was no wind or draft in the jungle, but the leaf was twitching on its own while the other leaves remained dead still.

It was getting dark in the jungle. None of them brought a headlamp with them except for Adam. Adam stopped in his tracks and asked Ben to take out the headlamp from his rucksack. So both of them stopped briefly, probably like for a few seconds. Christina was behind them. While Ben was still getting the headlamp out, they saw Christina overtook them without any word of explanation. She was walking really, really fast at this point. Adam called out to Christina but she did not respond. Christina kept accelerating ahead. Adam and Ben tried to quicken their pace but still couldn’t catch up with Christina. Eventually Christina vanished into darkness beyond their range of vision.

Thinking that Christina was in a hurry to get out of the jungle on her own, Adam and Ben did not chase after her and continued walking on their own. After about 10- to 15-minute trek, they came to a T-junction. It was pitch black. Both Adam and Ben were only relying on one single headlamp as the sole source of light. As Adam looked left and right at the T-junction, they saw a dark figure standing in the middle of the wrong trail leading back to the jungle.

Adam focused the headlamp onto the dark figure to have a better look and it turned out to be Christina! There she was, standing still about 15-20 feet from the T-junction, looking down a few feet in front of her. As Adam had a closer look at Christina, her torso looked slightly lifted from her back, as if someone held her back by her neck.

Adam immediately called out to her. Once. No response. Twice. Her body jerked a little and looked startled, as if she just awoke from a trance.

“What are you doing there? Come over here!”

Christina obliged and quickly walked towards them.

“So what happened?” Ben asked Christina.

She mumbled, “I thought I saw you guys went this way….”.

But the whole time Adam and Ben were behind Christina, and there was no one else besides the three of them. So who did Christina see that led her down the wrong path….?

The curious case of Nora Anne and other stories

The disappearance and eventually the death of Nora Anne Quoirin put Malaysia on the spotlight in 2019. A search and rescue team (SAR) consisted of around 348 members constituting of policemen, firemen, the forestry department, etc went on a large-scale search party for Nora. The authorities from England, France and Ireland had also flown to Malaysia to assist in the investigation of the case. After 10 days of relentless search for Nora, a group of volunteers finally found her body on 13 August 2019 nearby a river stream approximately 2.5 km from the Dusun resort.

This was not the first death and disappearance case that took place in the region. On the narrow ridge between Gunung Telapak Buruk and Gunung Berembun, lies the burial site of the crashed WWII aircraft RAF B24 Liberator. Six crew members were onboard the aircraft which departed from the Cocos Island, Australia heading to the Malaya Peninsula on a mission to drop food and medicine supplies for Allied POWs. Without any distress signal, the aircraft mysteriously disappeared from the radar. For decades, it was thought that the aircraft had fallen into the ocean or crashed in the dense tropical jungle. It was not until the 1950s that the wrecked aircraft was discovered by the local orang asli tribesmen around the vicinity in a valley about few hundred feet below the ridge of Gunung Telapak Buruk. 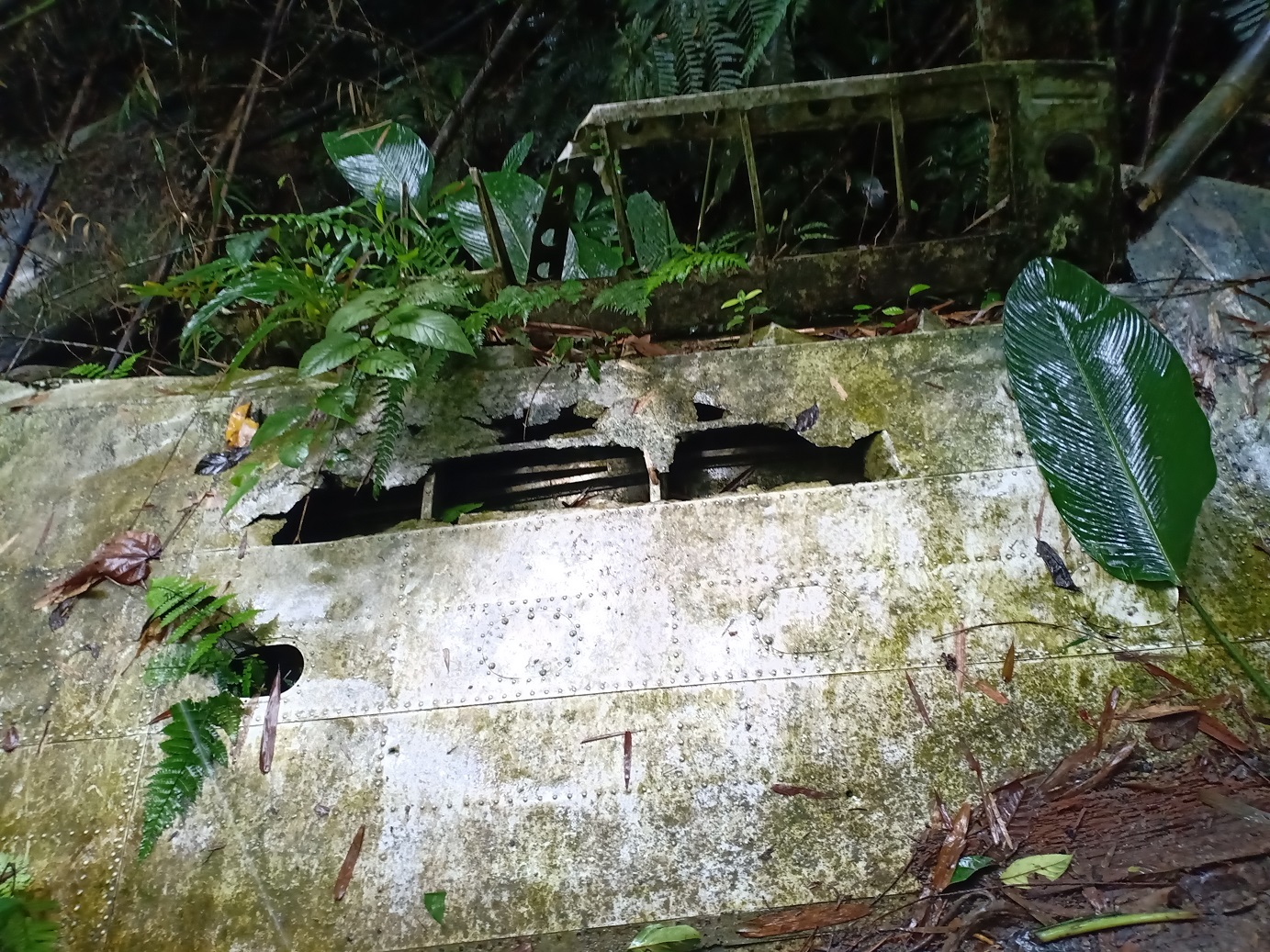 On 22 September 2018, a staff from the Royal Malaysian Customs Department bit the dust while attempting to hike up Gunung Berembun. There were also few other drowning death cases which happened near the river streams around the vicinity of Gunung Berembun and Lata Berembun.

Although the trail leading to the peak of Gunung Berembun is relatively clear and well-maintained, one may easily get lost in the dense jungle. On 16 October 2016, 5 students from a local medical college were lost and could not find their way out for more than 7 hours while hiking in Gunung Berembun before being rescued the next day.

All these spooky and harrowing experiences add to the mystical appeal of Gunung Berembun and its surrounding vicinity. Growing up and being surrounded by cultures that believe strongly in spirits and honoring the dead and afterlife, if we come across something that we cannot explain in natural terms, we tend to attribute it to paranormal occurrences.

Whether you are a believer or a skeptic of the paranormal, we should be mindful and respectful of our surroundings especially when we are in the jungles. After all I don’t think we are the only ones out there…

Have you encountered any paranormal experiences while hiking? I’d like to hear your stories!

*Disclaimer: All names have been changed to protect the privacy of individuals. However, this article remains true to the personal stories recounted by the individuals involved.