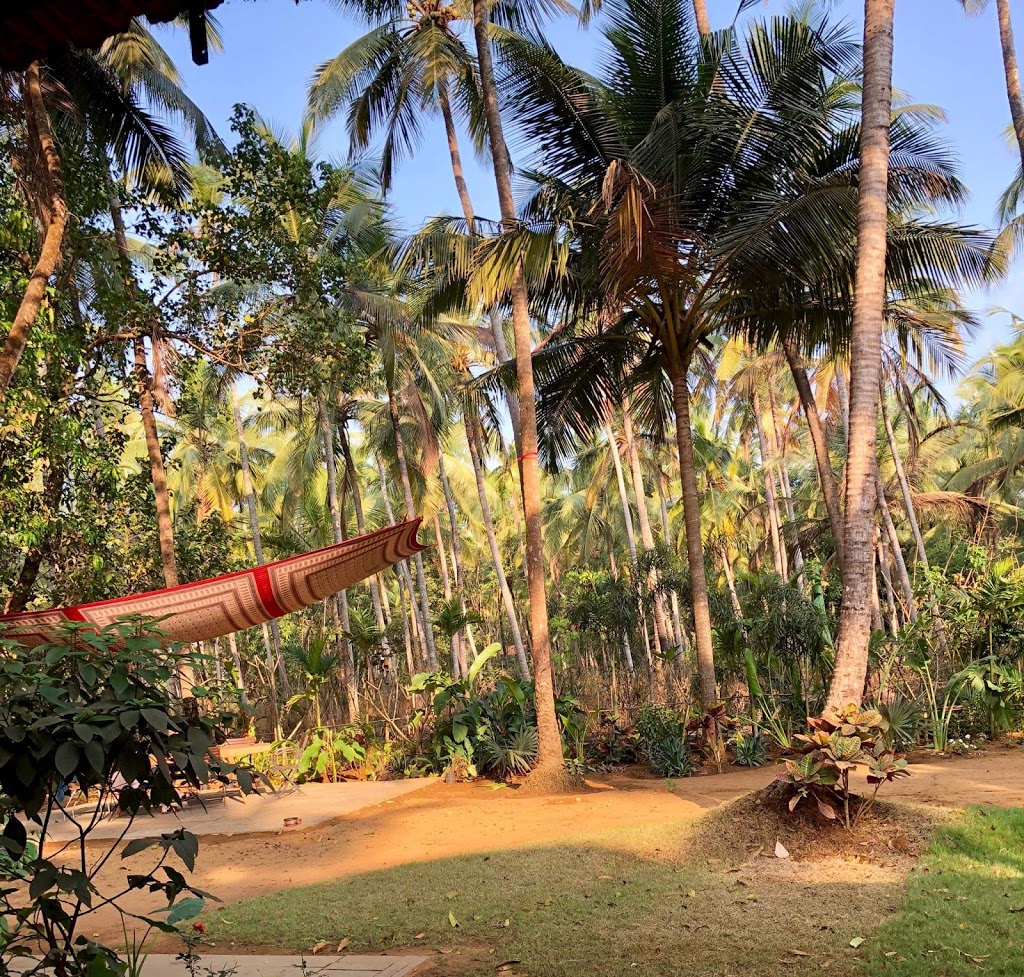 About two months ago, I decided to take a break from my corporate job which had left me physically and mentally exhausted and stressed out for the past couple of years. Under the encouragement of my yoga teacher, I immediately made up my mind within a couple of days that I would deepen my yoga practice under the guidance and tutelage of Sharmila Desai, a revered certified Ashtanga yoga teacher who has amassed over twenty over years of experience in practicing and teaching. Though I knew little to none about her at that time, I had faith in my teacher’s recommendation and went ahead anyway.

To be honest, I was kinda scared but I took the first step out of my comfort zone anyway

Ok, I gotta admit even though I had some experiences in travelling but the thought of going to India was nerve wrecking at the time. Thanks to social media, we often think of India as an extremely unsafe place for women travellers; and the constant reportings on the sexual abuses and rape cases occurring in rural parts of India further exacerbated my anxieties and my worrying mom.

Once I got my flight tickets and accommodation booked and my visa ready, there was no turning back for me. As the date of departure drew closer, I sensed a slight uneasiness and anxiety grew within me but I brushed them aside, mustered up all of my courage and boarded the flight anyway.

As soon as I stepped off the plane and out of the arrival hall of the Goa airport, I was taken aback by the sea of taxi drivers all dressed in white outside the arrival hall. I had no Internet connection on my phone to contact my pre-booked taxi driver and I had absolutely no idea what the driver looks like. I panicked a little, went back inside the arrival hall and took a deep breath. After some trial and error, I eventually did manage to find my taxi driver, well actually he was the one who approached me first.

My first taxi ride in India took me from the airport through towns, small villages, the countryside and finally to my destination, the village of Morjim. The journey lasted for about an hour and a half through winding and pothole-ridden country roads meandering through stunning vistas of the Arabian Sea, pristine white Portugese-inspired churches and catherals, vibrant Hindu temples, roads dominated by chaotic traffic, wandering cows, and covered in seemingly ubiquitous litter. The intoxicating smells of a combination of exhaust fumes, rotting garbage, cow dung and the saltiness of seawater infiltrated my nostrils, further worsening the queasiness in my stomach. What a welcome for my first visit to India, I thought to myself.

I must admit, I am a city girl who is too used to the convenience and privileges that come with living in an urban environment, all of which I had taken for granted. One thing I didn’t know or expect before coming to India is the constant power cuts and the occasional disruptions to the water supply which occurred randomly on a daily basis, lasting somewhere from a few minutes to a few hours.

The power cuts often took place without any prior warning. They happened when I was cooking in the kitchen, reading in my bed, taking a shower in the bathroom or even when I was pooping in the toilet. There was a time when a coconut tree fell and hit one of the main power cables and that resulted in a massive power cut in the whole of Morjim which lasted a whole day from sun rise to sun down. Even the fruit juice that I ordered at a cafe was not available simply because the blender could not run without electricity! It made me realise how reliant I and most fellow urban dwellers have become on reliable supplies of electricity and water. We should be thankful of the things, big or small, which are readily available and accessible in our daily lives.

As time passed, the lack of reliable electricity supply actually made me appreciate the nature and my surroundings more. The sound of the coconut leaves rustling in the sea breeze, the soft sand that hugged my feet when I stepped on the beach, the beads of sweat that trickled down the napes of my neck, the little unknown flowers that just bloomed a day ago. All of these were novel sensations and sceneries that I had never experienced and appreciated before.

I also had the time to internalise the contents that I have consumed from the Internet and books and inputs obtained from interactions with people. I realise it is beneficial to spend some quiet time alone to digest and process external information, all of which are crucial in formulating your own thoughts and opinions.

There are good and bad people everywhere

Yes, we tourists are often being ripped off by local vendors and businessmen, but I think that’s OK as long as we are not charged for more than 20-30% of the local pricing. My friend and I were charged 100 rupees (USD 1.50) for a cauliflower in Anjuna (a well-known hippie town in Goa); on the other hand, I was charged about 20 rupees (USD 0.45) for the same vegetable of similar size in Morjim (where I stayed). Thus, it’s important to be well-informed and do your own research on the local pricing just so that you will have an upper hand when it comes to bargaining.

On some occasions, I did not have to bargain at all to get a fair and decent price! I stopped by at a road side stall in Morjim to buy some tomatoes and a bunch of grapes. The stall owner did not speak a word of English and I do not speak the local language. As I was going through the fruits and vegetables, he helped to pick out the ones he thinks are plump and fresh. I had a look at them and they are indeed in good shape. He pushed a few buttons on a tiny calculator and showed me the price. It was only 30 rupees (USD 0.45) for a few tomatoes and a bunch of grapes, which I think is a fair price by local standards. Before I left, he mumbled the first English word I heard from him “thank you” and gave me a big, warm smile.

However, when there are good guys, there are bad guys as well. My friend and I were planning to head to the old town, Panjim (also known as Panaji) and we missed a bus that took off minutes ago. Another friend who rides a scooter was also making her way to the same destination to get train tickets. So, my friend and I hopped on to her scooter and made our way to Mapusa (a bigger town, about half an hour away from Morjim) so that we could get a bus to Panjim! Most of the locals did not wear a helmet and we thought we could get away from the police until Mapusa.

Things took a wrong turn when we were forcefully stopped by the police on a bridge nearby Siolim. The police officers were pretty harsh to us, demanded our friend, the driver, to turn over her driver’s license and accused her for driving illegally. She then tried to reason with the officer that it is indeed legal to drive a scooter with an EU driver’s license, but the officer insisted that it’s only for driving a car. The police officer then threathen to confiscate the scooter and that there would be a fine of 1500 rupees for all of us. In the end, the officers did not issue any summons and instead asked us for a 500 rupee payment before letting us go. I saw many locals who violated traffic rules casually sped past us while foreigners on scooters were stopped for so-called “inspection”. Bribery and corruption are a global phenomenon and know no boundaries.

Throughout the two weeks, I got to know people from all walks of life and learn about foreign cultures and the local way of life, all of which has been an eye-opening experience. I felt that I had emerged a changed and stronger person, both physically and mentally, from my daily yoga practice and the sights, sounds and experiences that I encountered during my stay. I sincerely thank everyone, both old friends and new acquintances, from the bottom of my heart, thanks for being part of my journey.

Special thanks to Sam for your awesome photos and your help in Goa and Taiwan, Anya for your meaningful sharing and your delicious cooking, Kaori for introducing me to your awesome host so that we could learn some Indian cooking, Toshimi-san and Shingo-san for your sharing and company, Katia for being an amazing friend and travel companion, Leena for being so open and honest to me, Sharmila for being such an awe-inspiring teacher in both yoga and life, and thanks to everyone whom we had crossed paths with each other. 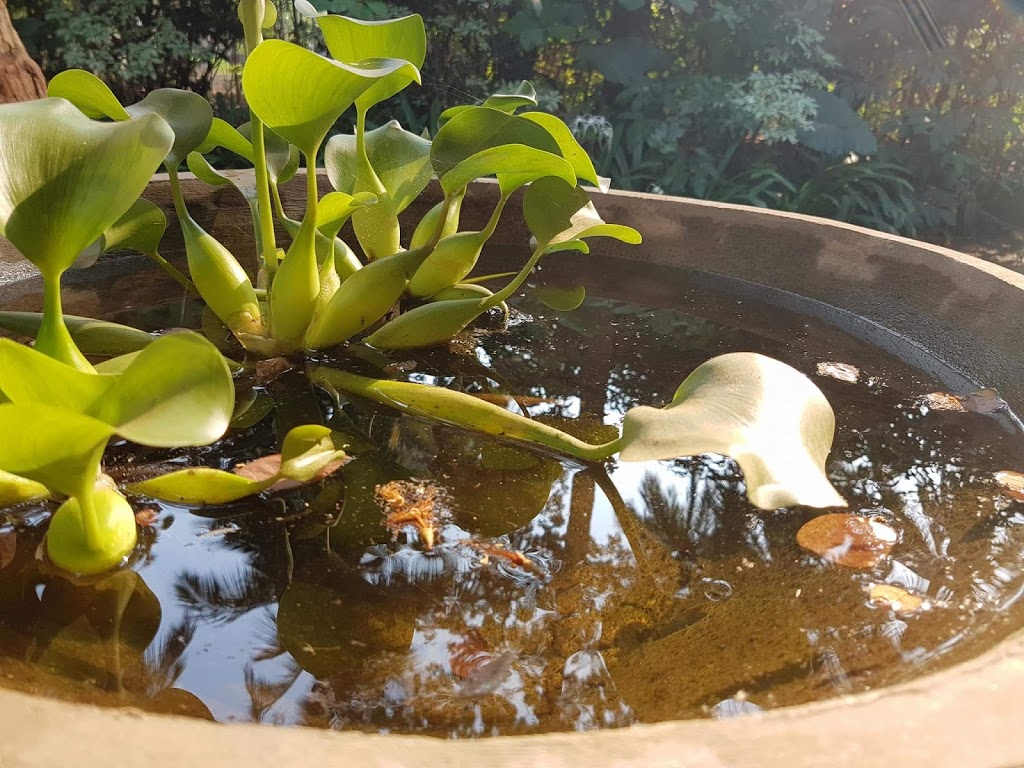