Looking back I haven’t been blogging for over half a year!!! Unbelievable! There’ve been so much going on with my life it’s impossible for even myself to catch up on! My summer holiday was pretty chill-lax and it was awesome..the only complain was not enough travels for me!!! But going to Cambodia was one of the best moments in my life, the people, the food, last but not least the awe-inspiring and majestic 8th wonder of the world — Angkor Wat!!! Other than that, I was working part-time at a restaurant, earning some pocket money :D Then in September my friends and I drove to one of the local getaways — Cameron Highlands. It was once a British settlement for them to escape the heat in the lowlands, but now it’s reformed itself into one of the tourist hot spots for locals and foreigners alike! The Boh tea plantation was the highlight of the trip as the views were magnificent and the weather was rather pleasant. Vast greenery was everywhere, unkempt rows of tea bushes decorated the hill slopes, and this is a typical sight wherever you go in Cameron Highlands.After the trip I had my early BBQ birthday celebration at my house with my friends! Some that I hadn’t seen in ages since we graduated from secondary school! Awwwh…How I missed those days!
Back to the UK stared my semester with whole shitload of assignments and work and society stuff…It was literally taking my life, with countless sleepless nights and hectic daily schedule, it wasn’t a life for those who are faint-hearted! lol! Finally exams were over and I’ve got one exam being postponed to January due to snow-in. Now for my Malta trip!!!

For those who don’t know Malta is a small country island situated 93km south of Sicily, Italy and it is in the middle of the Mediterranean Sea. It was once a British colony, hence English wasn’t a problem for me although not all could speak the language. The weather was warm although it was winter at the time I went there! I was enjoying every moment of the sun as if I haven’t seen it in ages!!! Indeed I have had enough of the blistering cold in Scotland!

Due to the havoc in Heathrow Airport caused by the weather disruption in London,a lot of the booked-in customers at the hostel had not arrived! I was pretty lucky to be able to make it to Malta! So, it was only me and another Argentinean guy, Julio staying at the hostel. Since we were planning to go to the same places, so we travelled together! Travelling around Malta was convenient with bus routes are accessible to most parts of the island. The main bus terminus is located just outside the walled fortress of the capital, Valletta. And all the buses will return to Valletta at the end of the journey for all routes! Once you know the bus routes you will be able to go wherever you want by yourself! Hassle-free! The public buses are all identical with the striking yellow paint and of its vintage appearance…too bad the government is going to privatise the buses and getting rid of the old buses and replacing them with the modern ones:( So in the future, it is highly unlikely for you to see the vintage buses unless you go to the museums!

Malta is a unique country on its own, having been colonised and influenced by many regional cultures of the neighbouring countries such as Italy, Algeria, Greece and etc… They have developed all these influences and moulded them into their very own culture and their sense of identity found no where else but in Malta! The most intriguing thing I observed throughout my travels is that people there wear thick layers of coats and jackets even though the mercury was hitting past 20 degree Celcius! And oh boy! Women there love the high-end fashion to their dear life, most of them were usually spotted with leather jackets, fake fur coats, leather boots, lots of flashy jewelleries, and thick make-up! Like in Asia, there are flea markets selling fake branded stuff at one tenth or much lower than that of the original price! 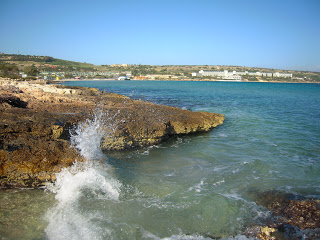 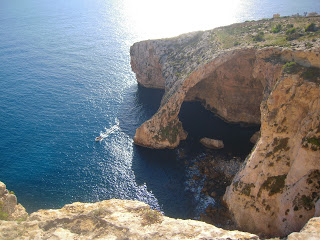 Although it was only a 5-day trip, I left Malta with wee tanned skin and a whole load of sweet memories…Great hospitality from the people there, and pretty awesome Mediterranean food which were affordable…and lastly the Mediterranean Sea which have captivated me so deeply, I think I left my heart there…