I gotta admit, I’m not a big fan of Japanese curry at all. I’ve always had the impression that Japanese curries too sweet, too creamy and buttery for my liking, and that they do not resemble the real Indian curries in any aspect.

While browsing through the internet for new eateries around Osaka, I stumbled upon a food review on a restaurant that specialises Japanese curries called “SOMA” in Nakatsu, Osaka. 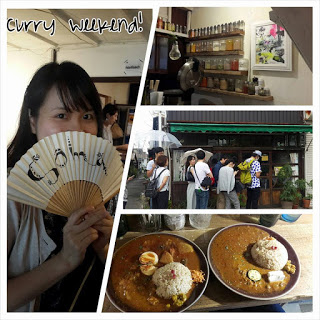 The link to the food review:

https://battera.co/m00273/
Judging from the rave reviews and pictures, I thought I’d give Japanese curries another chance and decided to find out what’s the hype about. 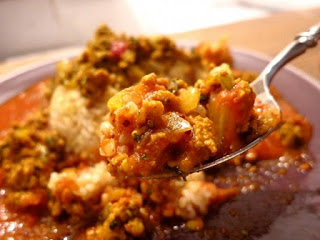 When we got to the restaurant there was already a bee line forming outside the shop. Well, the shop itself is a tad tiny with only a few seats, so people had to wait for quite some time before being seated. We arrived around 1pm and had to wait for about 40-50 minutes. By 2pm, the owner came to tell us they were already running out of curry so the curry might not be enough for some people at the back of the line.

The interior of the restaurant has a nice and laidback ambiance which resembles more of an art gallery/artsy cafe than a curry restaurant. Once we entered the restaurant, we were greeted by aromas of spices and herbs. From the smell of it, things look pretty promising.

Keema curry is their speciality, however it was sold out that day. So we got beef tendon curry and “rum keema” curry, each.

The curries were beautifully assembled, visually it looks pretty stunning. The rice was topped with pomegranate seeds, the plate was overflowing with glorious curry gravy, garnished with grated desiccated coconut.

I could really taste a lot of cardamoms and perhaps star anise, it was a tad bitter perhaps the chef was slightly too heavy handed on the spices. To be honest, the curry is a tad too watery and diluted for my liking and has too little meat in it.

The verdict? It wasn’t the best curry I’ve had, I’ve definitely had better ones, but it’s indeed a refreshing change from the typical Japanese curries.

Opening hours: From 12pm to whenever the curries are sold out

Kumamoto Foods: The Strange and the Bizarre