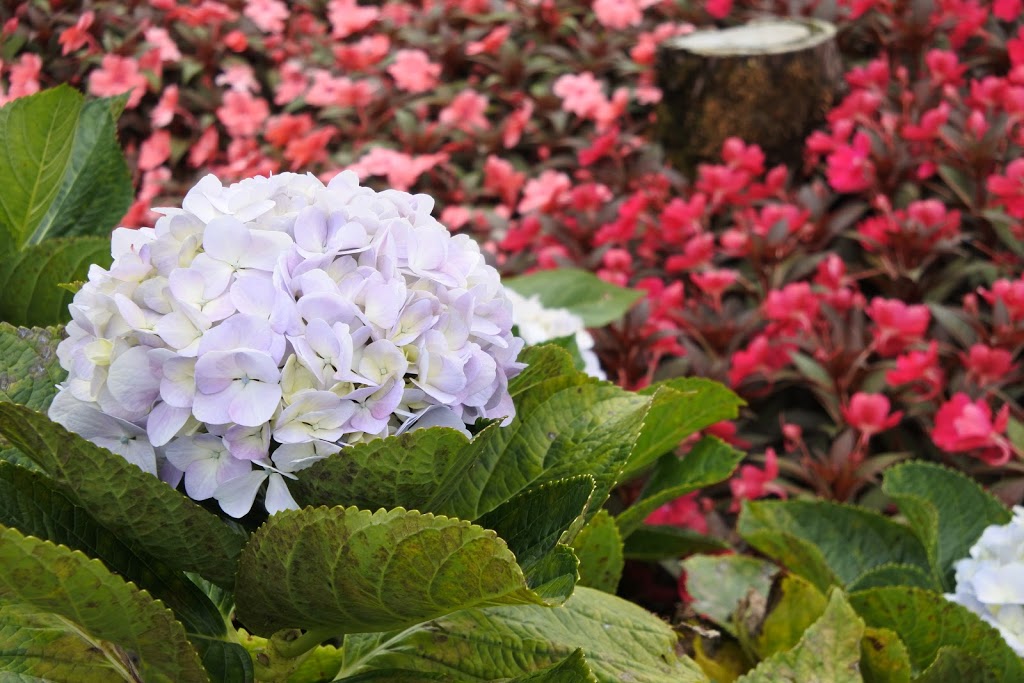 This was my second visit to Thailand.
My first trip was to the hustling and bustling metropolitan city Bangkok. I had mixed feelings for that city probably because I was never a huge fan of big cities, crowds, pollution and skyscrapers. But Chiang Mai hit all the right spots and has surprised me way beyond my expectations.

It’s a paradise for nature and especially mountain lovers!

Located in the northern regions of Thailand close to the borders of Myanmar and Laos, the mountainous terrains and the temperate climate created an ideal habitat for temperate plants and flowers to thrive. One of my favourite destinations in Chiang Mai is the Doi Inthanon National Park, home to the pine forests, mossy jungles, the King and the Queen Pagodas which house many different species of beautiful temperate flowers such as roses, hydrangeas, muscari, chamomile and so on. We were completely awe-struck by the half-an-hour trek on the Angkha Nature Trail where we got to witness a whole jungle engulfed by a soft green carpet made of Sphagum moss. During the dry seasons, however, the moss would desiccate and the jungle would look completely different from what we saw.
We were there in late October which is the end of the rainy season and the beginning of the Thai “winter” season, so I guess that’s their version of spring. So yeah, do come here between October and December for cooler weathers and if you are a big fan of nature and flowers. 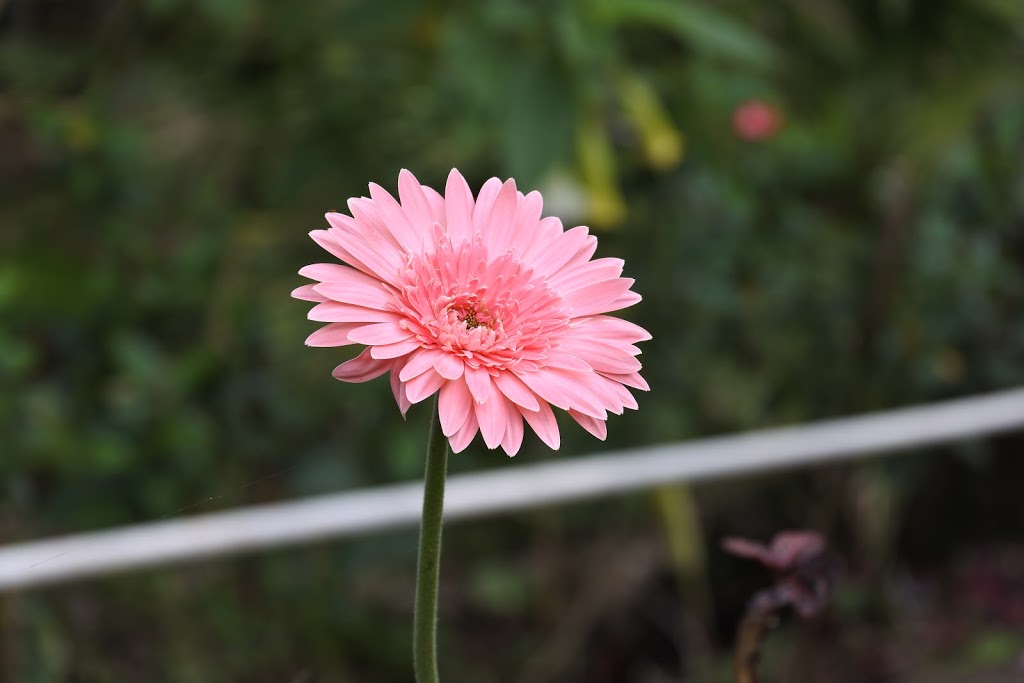 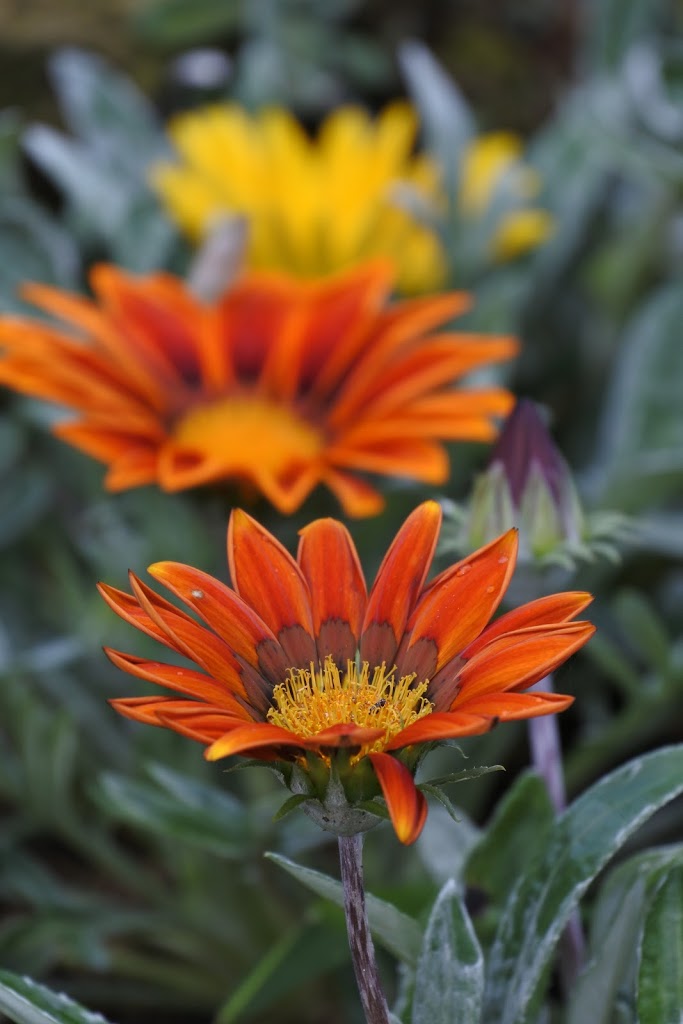 We accidentally stumbled upon a famous local restaurant that specialises in Hainanese Chicken Rice. It was on my to-eat list but did not look for it intentionally on that particular day, but as fate would have it, the next thing I know we were served to some of the best chicken rice I’ve ever had.
The owner of the restaurant is a 77-year old friendly old chap who happened to be of Hainanese descent and of Thai nationality. So it was like a joyful reunion of the overseas Hainanese community in chicken rice shop in Chiang Mai. Unlike us though, he’s a first-generation Chinese Hainanese immigrant who had migrated to Thailand as a kid along with his father. He learned the ropes of the family business and the secret recipe and eventually took over his father’s business. Today, his son and the daughter-in-law help manage the restaurant as he and his wife supervise the overall operation of the restaurant.
We shared a sense of camaraderie and familiarity over our common ancestral birthplace and roots. His kindness even extended to helping us flag down a song thaew red car (a modified red truck with seats at the back) and negotiated the price for us. His act of kindness to which we were deeply indebted had helped us to secure a reasonable price with the driver given the language barriers.
Another act of kindness which was quite memorable is when a group of students ran after my dad to return a cellphone which my aunt had accidentally left on a park bench. Had this happened in other countries, the cellphone would have been taken away and never to be found. 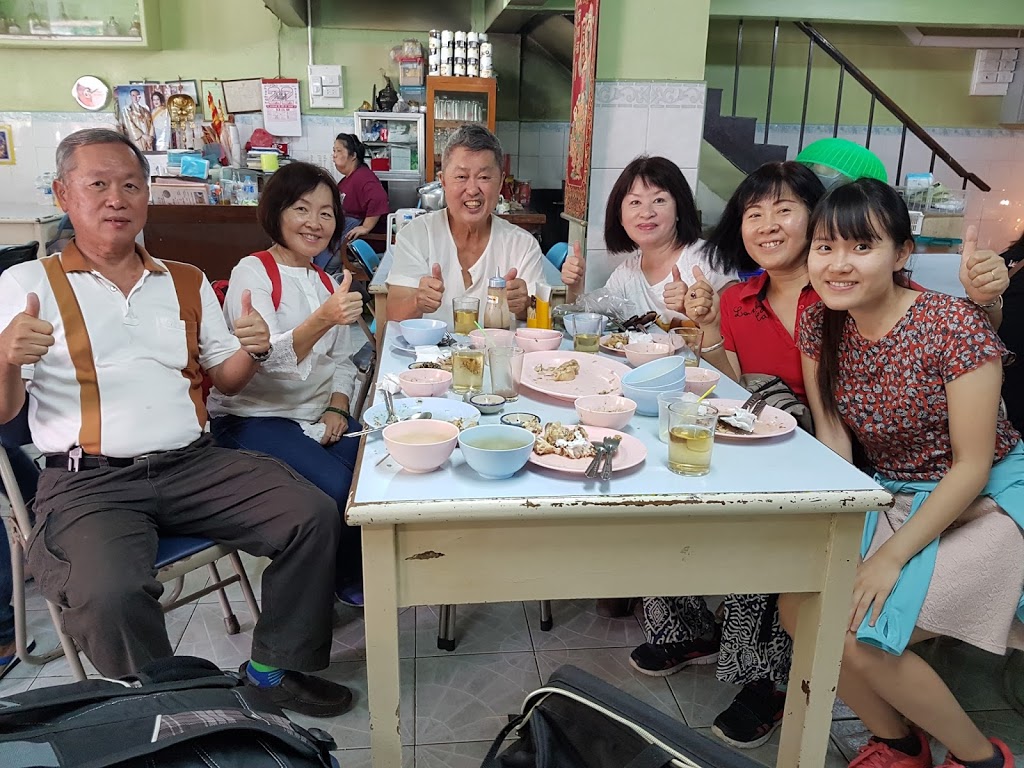 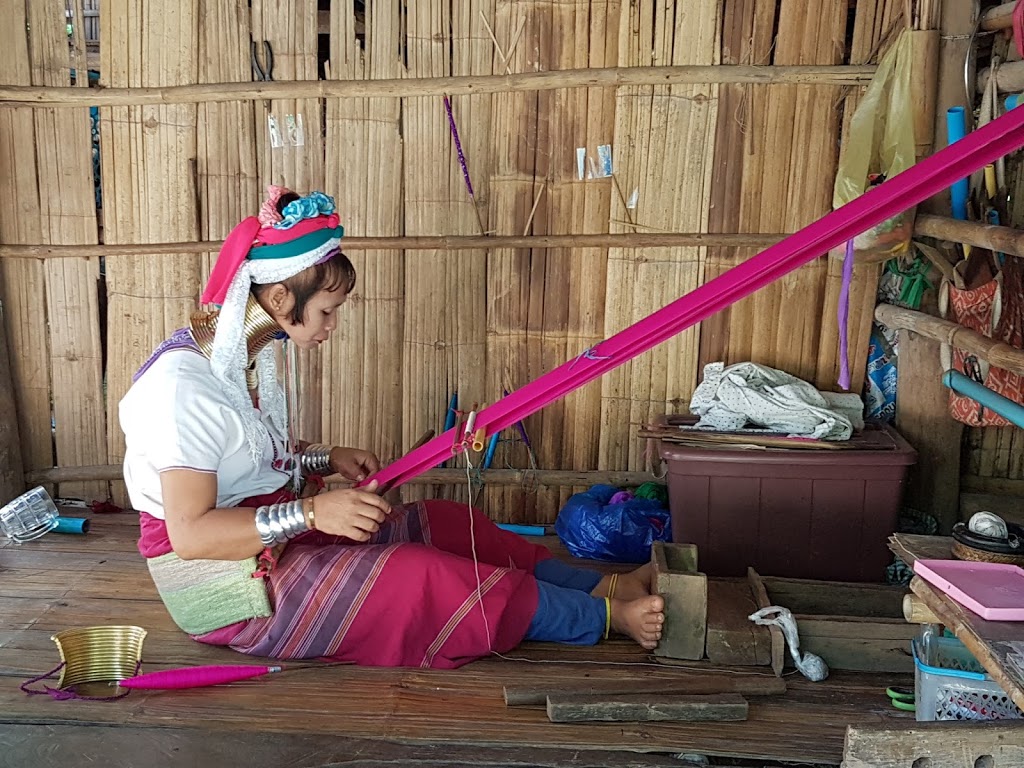 Chiang Mai food is an eclectic mix of cultures

You will be surprised by how different the Northern Thai dishes are from your regular stereotypical Thai food (insert Tom Yum, Pad Thai). Chiang Mai, being geographically closer to its northern counterparts, has drawn and assimilated inspirations from various food cultures.

Most notably, the Thai version of the Hainanese Chicken Rice. The steamed or boiled chicken is tender and succulent, and the rice is plump and has fully absorbed the essence of the chicken broth. The one thing that is different from the Malaysian and the Singaporean versions is the dipping sauce. Unlike the usual fiery red chilli sauce, the Thai’s take on the dipping sauce comprises of the Teochew style fermented soy bean paste mixed with chopped coriander bits, finely chopped garlic, coarsely chopped green chillies and ginger served on a separate sauce dish and finished off with a squeeze of lime. It’s something different to be eaten with chicken rice, but the taste is something oddly familiar and feels close to home. For some authentic Thai Hainanese Chicken Rice (Khao Man Gai), head over to “Kiat Ocha”
https://www.tripadvisor.com/Restaurant_Review-g293917-d6966508-Reviews-Kiat_Ocha-Chiang_Mai.html

Next up, introducing the authentic Northern Isaan Thai cuisine, where you will find abundance of sticky rice and fresh greens and herbs on the dining table to be eaten with various dishes served in small portions. Chiang Mai being located in the mountainous regions of Thailand, lacks of vast flat lands for the planting of ordinary rice, instead the climate and the soil conditions are more suited to planting sticky rice. With the abundant availability of fresh mountain greens and herbs, meat dishes are often seasoned with toasted sticky rice, fishsauce, culantro (long coriander) and so on, such as this famous Isaan dish called “Larb Khua Moo” (minced pork). The pork sausages are to die-for, everywhere I go, the quality of the pork sausages never failed to impress me.

Check out “Huen Phen” if you want some authentic Isaan food experience, here is the link:

Another dish you must try when you visit Chiang Mai is Khao Soi, which is a Burmese-inspired dish, believed to have been introduced by the Chinese Muslims during the Silk Road trade. Depending on the restaurant, some can be spicier than the other, the broth is usually creamy and lighter in consistency compared to the typical Southern Thai curries. Of particular note, the crispy deep-fried noodles add an extra crunch and dimension in textures to the otherwise plain, soggy egg noodles.

The restaurant where we had the clear-broth noodles with pork ribs and super tiny fish balls is linked down below, it’s a random restaurant that we chanced upon while wandering around the town and the name of the shop is in Thai language.

Many other (Southern) Chinese-inspired and influenced dishes such as Teo Chew fish balls, clear broth soup noodles, char siu, wantons, siu yuk (crispy roast pork) and so on, are vastly available in eateries across Chiang Mai. So, those who favour a refreshing change of palette from the spicy Thai dishes can opt for these light Chinese-influenced cuisines.

Trekking Mt Kailash in Far West Tibet – A Test to...